Welcome to The Temple of Amy Jo Johnson

The Temple of Amy Jo Johnson is the largest Amy Jo Johnson image archive currently online.
This site is not endorsed or approved by Amy Jo Johnson.
This page is maintained by The Order of Meridian.
Our goal is to rehabilitate the "different type of fan".

Editor's Note: This story is a follow up to: Willow Smith to Star in Zhang Bang Chang's 'Spandex Hero'

In a shocking development, Columbus Films presidents Doug Belittle and Matt Toeyam have announced that Underworld director Len Wiseman is in final negotiations to direct their remake of the Zhang Bang Chang film, Spandex Hero. This announcement comes less than a week after Bang Chang announced that he was making a film based on the life of Amy Jo Johnson.

“The plan is to create a brand new contemporary take on the Spandex Hero story based on Zhang Bang Chang‘s still unfinished film” a source who once stood close to the director reported. “Wiseman read almost four full pages of Bang Chang’s 2134 page script and he was just blown away by the concept”. “He’s always been fascinated with Bang Chang films, and I’m excited at that prospect of Len diving even deeper into the type of world Bang Chang evokes and the questions Bang Chang’s film asks. I love that Len wants to shoot his version of Spandex Hero in 3D and that Len has set the film in modern day Hungary. It's a bold move by an even bolder director."

The original Spandex Hero is set in ancient China and is a total mind-trip, causing you to question if it’s all real or if it’s all just in your mind. The original film is actually still in pre-production but when the studio sees a good idea come from a source outside the Hollywood system, they tend to shoot first and ask questions later. The problem some insiders see is that Bang Chang’s film is set to come out in 2013; we don’t like a lot of remakes being announced before the original film is finished and some in Hollywood have called the remake just sort of crazy. “It’s really a matter of the public’s perception,” said an industry insider, “If Wiseman can finish his version of Spandex Hero before Bang Chang finishes his version of the film, people will think Bang Chang is the one who filmed a re-make.”

Though Wiseman’s film is being called a remake of sorts, this new movie is more of a second adaptation or re-imagining of Bang Chang‘s original script. But who would play the lead role of Amy Jo Johnson? “Len would love to see his wife Kate Beckinsale in the role but if she wants to be a stubborn bitch he could tap Rhona Mitra to play the role of Johnson,” said a source close to Wiseman’s pool boy.

Well, according to yet another industry source, a janitor at the studio expected Amy Jo Johnson to play Amy Jo Johnson. This fits with a subtle-yet-interesting trend of casting lesser-known actors in roles of lesser-known actors if that actor is the actor being portrayed. Wiseman sees “no point in using Johnson in a film about Johnson when you can go in an entirely different direction,” said a friend of the director’s long time dog groomer.

Despite your feelings about another version of Spandex Hero being made, the studio doesn’t really care how you feel and that has to be a big positive. The 3D movie might even be going to space, which was not part of the original Bang Chang script. Descriptions of Wiseman’s re-imagined script are vague, for sure, but the studio promises there will be “dozens of beautiful women who wear skin tight latex cat suits flying through space propelled by jet packs” in the soon to be blockbuster film.

"I think the world that Len Wiseman is creating is incredible. It’s the real 3D world and a real feeling future 3D world, where everything is in 3D and huge unexplained explosions blow up lots of cool stuff. Add to that the fact that they are shooting in Hungary, so you can expect lots of latex clad, gothic, 3D vampires. It’s just everything I like to see in a movie, it just makes me more and more excited," said one industry insider.

“They’re playing it like a real world, but there are 3D advancements to the real world, and it’s just really, it’s cool, so cool, so very cool, it just oozes coolness, it’s going to be very cool. Even though they haven’t shot a single frame I know it’s an awesome movie. I’m dying, as a fan of movies, more than anything, it’s a movie that I’m just dying to see,” said an un-named source on an Internet message board.

Bang Chang's film is expected to be huge so count on this Wiseman remake to be huge, as well. When compared in scope to Wiseman’s other latex clad vampire projects the studio says that Spandex Hero is bigger, more bloated, and just freakin enormous. That can only be good news for action fans! 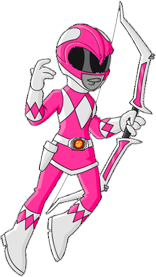 Vote for Us: web directory